The NOOK 10 is an incredible deal at its list price of $129.99. It delivers a quality experience for a great price. 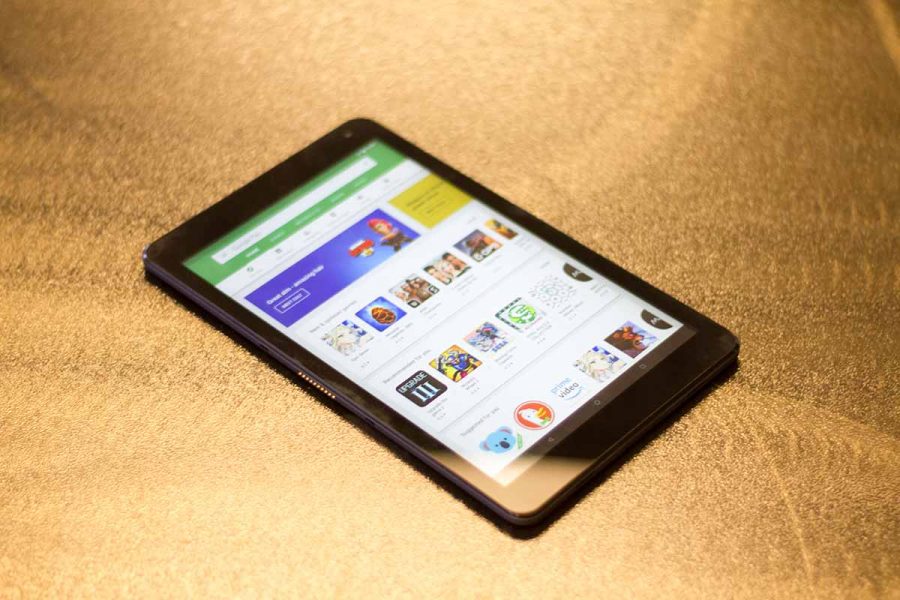 Yes, it turns out she could help me. And she did! Say what you want about Barnes & Noble, but in my experience, their employees are always helpful. I told her I was there for the new NOOK Tablet 10.1″. I was excited. She seemed a little confused, but her hesitation was momentary. The associate led me to the NOOK kiosk and several minutes later I left the store with my new NOOK. I detailed my first impressions here.

I’ve spent 6 days with the NOOK 10. I’ve read books, tested apps, ran benchmarks, dived deep into comics. I’ve spent several hours every evening submerging myself into the depths of the NOOK 10. I’ve finally come up for air, and I am now ready give the NOOK a comprehensive review.

A Lot of Value for a Low Price

The specs hint at how compelling the NOOK 10 is, but they don’t tell a story that will impress anyone looking for the highest-end gear. The screen resolution stands out the most. The 1900 x 1200 IPS display is vivid and sharp, making it an identical match with Amazon’s Fire HD 10. If aspect ratio is considered, the display resolution also compares well to Apple’s latest 9.7″ iPad.

The NOOK looks a bit less impressive when you examine the rest of the hardware. The NOOK’s quad-core Mediatek processor is also used by the Acer Iconia One, another wallet-friendly 10-inch tablet with a 1900 x 1200 display, released last fall. The Mediatek is a middling performer as far as mobile processors go. It is capable but not a powerhouse. It does well for web browsing, email, media apps, and light gaming, but it will not compete with an iPad Pro or a top-of-the-line Samsung tablet.

Two gigs of RAM are paired to the processor and the storage capacity is capped at 32GB. A microSD card slot allows for expandable storage, but there are no other integrated storage configurations beyond 32GB.

The NOOK 10 comes with two 2MP cameras. If for some reason you feel the need to take a photo and don’t have the time or inclination to make a pinhole camera, the NOOK 10’s camera will suffice. But only just. You are better off using your phone or another device in almost all instances. There is a front-facing and rear-facing camera, they are potatoes, and there is nothing else to say.

Stereo speakers are inset into the “right” side of the case (if the user is holding the NOOK 10 in tablet mode with the power and volume buttons facing up). While in-use the speakers give the illusion of being front-facing, but users holding the tablet while watching video will need to be mindful of covering the speakers with their hand. A headphone jack is included, as is Bluetooth support for headphones, keyboard, and other devices.

The chassis is the least impressive part of the NOOK 10. It’s a plastic body with a textured back that is just tacky enough to add grip, but also shows fingerprints and smudges.

Before you groan and moan and wring your hands in dismay, don’t forget the most attractive part of the NOOK 10: the price.

The NOOK 10 lists for $129.99  and sells for $119.99 during the Barnes & Noble Black Friday and Cyber Monday sale. At that price, the hardware looks much more appealing.

Hands-On With the NOOK 10

Hardware specifications can only tell so much about a device. I can’t easily recall all the times I have day-dreamed over a device’s specs only to be underwhelmed when I finally tested it in the real world. I’ve spent over a dozen hours using the NOOK 10, and I’ve had very few complaints.

Screen Dandy device reviews are written for a specific audience: digital consumers and digital creators. For my NOOK 10 review, the focus is on the tablet as an electronic reading and media consumption device.

While I spent most of my time using the NOOK 10 to read ebooks and comics and use related apps, I also tested video, as it is a good way to measure battery usage and the quality of the screen in a practical situation.

I watched an 1 hour and 40 minute movie on Netflix, in streaming mode, to see how the tablet handled the double strain of the constant Wi-Fi and the uninterrupted use of the display. Brightness was set at 50%.

At the end of the movie, battery capacity was 82%. That’s good. At 50% brightness, the screen was watchable, though somewhat dimmer than I prefer. The IPS screen shows no loss of quality when watching the screen at different angles. The NOOK’s battery generated no noticeable excess heat, and the sound was surprisingly robust.

It took about 45 minutes to fully charge the battery from 82%. The claimed 8.5 hours of battery life is attainable with mixed usage, though more intensive applications, constant Wi-Fi, background activity, and high brightness levels will affect total battery life.

Out of the box, the first thing that grabbed my attention was the NOOK 10’s home screen. I wasn’t sure what to expect. Was I going to be greeted by some Android hybrid, like Amazon’s Fire OS? Was Barnes & Noble going to turn the NOOK 10 into the tablet version of Annie Wilkes and lock me in and never let me out? Freedom to use the apps you want is a big deal to me and it should be to most people reading this review.

The home screen welcomed me with a drawer full of Google apps, a Google Play Store icon, and several NOOK apps that invited—but didn’t force me—into exploring the NOOK Store.

The NOOK apps are not a mandatory part of the experience and can be moved off the home screen. I almost fainted, I was so shocked at the trust and respect Barnes & Noble showed me, their customer. I am more accustomed to the almost scornful treatment I get from Amazon’s Fire tablets. No, you can’t use that app! Who cares what you want, click on this lock screen ad!

By default the NOOK 10 leaves three NOOK apps on the home screen: the NOOK reading app, the NOOK library app, and the NOOK Store. None of the apps are aggressively obnoxious or useless bloatware. For “brand” apps they feel downright understated.

The NOOK reading app works well with NOOK content and content from outside the store. The app does not load MOBI files, but it does a good job with the rest of the popular document formats. EPUB files look fantastic at default settings.

The NOOK Plays Nice with Other Apps, Mostly

I installed several third-party apps to see how the NOOK handles the competition. I installed Calibre Companion, a must-have app for anyone that uses a Calibre server. I then installed Moon+Reader Pro, Perfect Viewer, and Booksonic.

The NOOK 10 had no issues with any apps besides Calibre Companion. I could not fully download all books from my server to the NOOK 10. I tried on several networks and the download ended up timing out. It was disappointing, but the rest of Calibre’s functions worked as expected.

I read on multiple devices and maintain a personal library server, so having an e-reading app that can sync reading positions is critical. Moon+Reader Pro ran like a charm on the NOOK 10. No issues with syncing Google Drive or with DropBox. The library loaded quickly, page turns didn’t lag, and an hour of reading time at 50% brightness used about 6 percent of the battery.

Perfect Viewer is a popular comic and manga reader and I used it here to test how well the NOOK 10 handles comics, especially large CBR and CBZ files. It was flawless. No excessive loading times, pages turned fluidly and loaded quickly. I’ve had other devices struggle with high-resolution comics while running Perfect Viewer, but the NOOK 10 breezed through everything I loaded up.

Just as Barnes & Noble and Amazon are rivals in the sense of their size and position as book-sellers and retailers, so too are their devices. The Kindle and NOOK have been in an e-reader face-off for years.  Now a new victor needs to be determined: “Which is the better 10″ tablet, the NOOK 10 or the Fire HD 10?”

The chart below compares the important points side-by-side. It turns out that answering the “which is better” question is not difficult.

The NOOK 10 is simply the better tablet. In the two areas where the Fire HD 10 surpasses the NOOK 10, the end result is marginal. The average user will not be able to tell a difference between processor speeds and the inclusion of external microSD storage on both tablets negates most of the Fire HD 10’s 64GB storage option advantage.

People complain about Apple not playing nice with other operating systems and applications, but Amazon is arguably a bigger bully since it uses Android, but essentially denies users access to one of the core components, the Google Play store, and the various Google services and apps.

It’s true that Google apps can be sideloaded on any Fire tablet running Android Lolipop, but many users don’t know this and wouldn’t be willing to learn. Grandma Bertha does not want to hack her device, nor do many other users, even if the hack is simple to implement and has no risk. Casual users see the options Amazon gives them out of the box…and the only options are Amazon’s options.

The NOOK 10 lets users run any app in the Google Play Store. And any app on the Amazon App store. It even runs Amazon’s Kindle, and it runs it flawlessly. The Fire HD 10 does not let users run NOOK apps without modification. Anyone that has searched the Amazon App store for e-reading software alternatives to Kindle knows that the pickings are slim. With the NOOK, you have choices. Lots of choices.

For the price, you get more with the NOOK 10. With Black Friday around the corner, it is tempting to look at Amazon’s $99 sale on the Fire HD 10 32GB and think it’s a great deal. And it is a great deal compared to other 10 inch Android tablets. But when you factor in the Special Deals, Amazon’s never-ending lock screen ads—which cost 15 dollars to remove—the price moves up to $115. The NOOK 10 will be on sale for $119.99 on Black Friday. The 5 dollar difference for a heavier device with a locked ecosystem that runs an almost 4-year-old version of Android is a poor deal when compared to the advantages of the NOOK 10.

Final Words on the NOOK 10

The NOOK 10 is a great tablet. It’s not a fantastic tablet, but it’s an affordable tablet AND it’s a great tablet, and those are its strong points. The NOOK 10 has the flexibility of a gymnast and it is cheaper than other tablets with a similar hardware configuration. It has native storage capacity, battery life, and a screen that will meet or exceeds the needs of most of those looking to use a tablet for email, video, music, and reading. If you are buying it primarily as an e-reader, the NOOK 10 is an exceptional value. 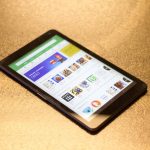 Zach is the publisher and editor of Screen Dandy. He writes for readers and writers, with an emphasis on digital storytelling and the devices and software used to consume and create those stories.
Facebook Twitter Instagram Envelope
PreviousGitenberg Project Officially Launches After 6 Years
NextSmashwords Changes Interface Options, Erotica Controls, Surpasses 500,000 Published Titles 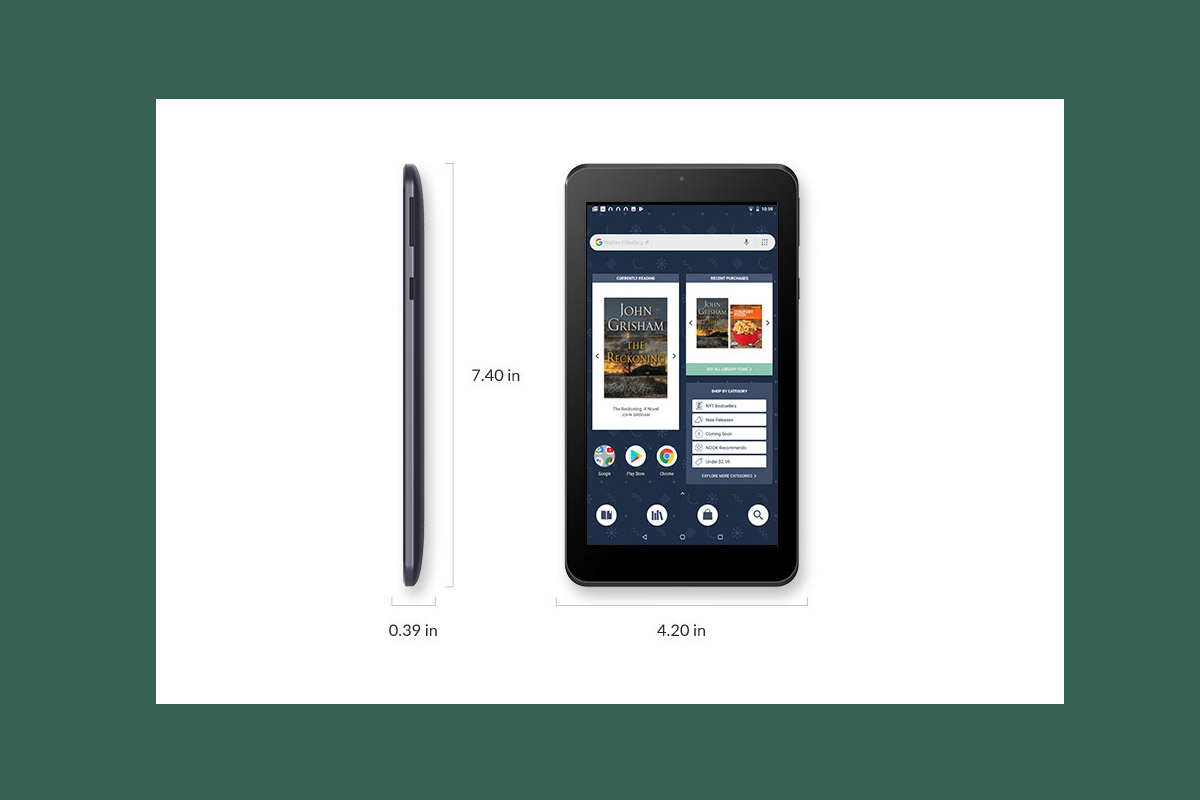 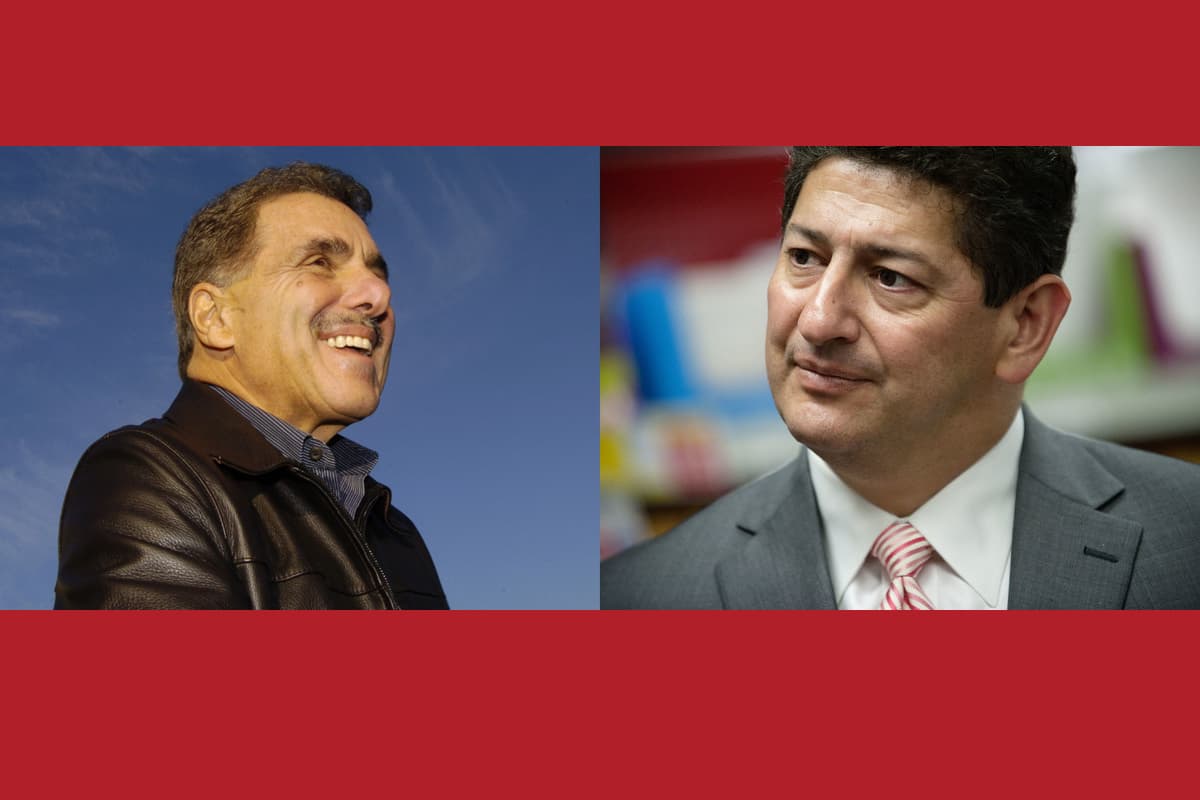 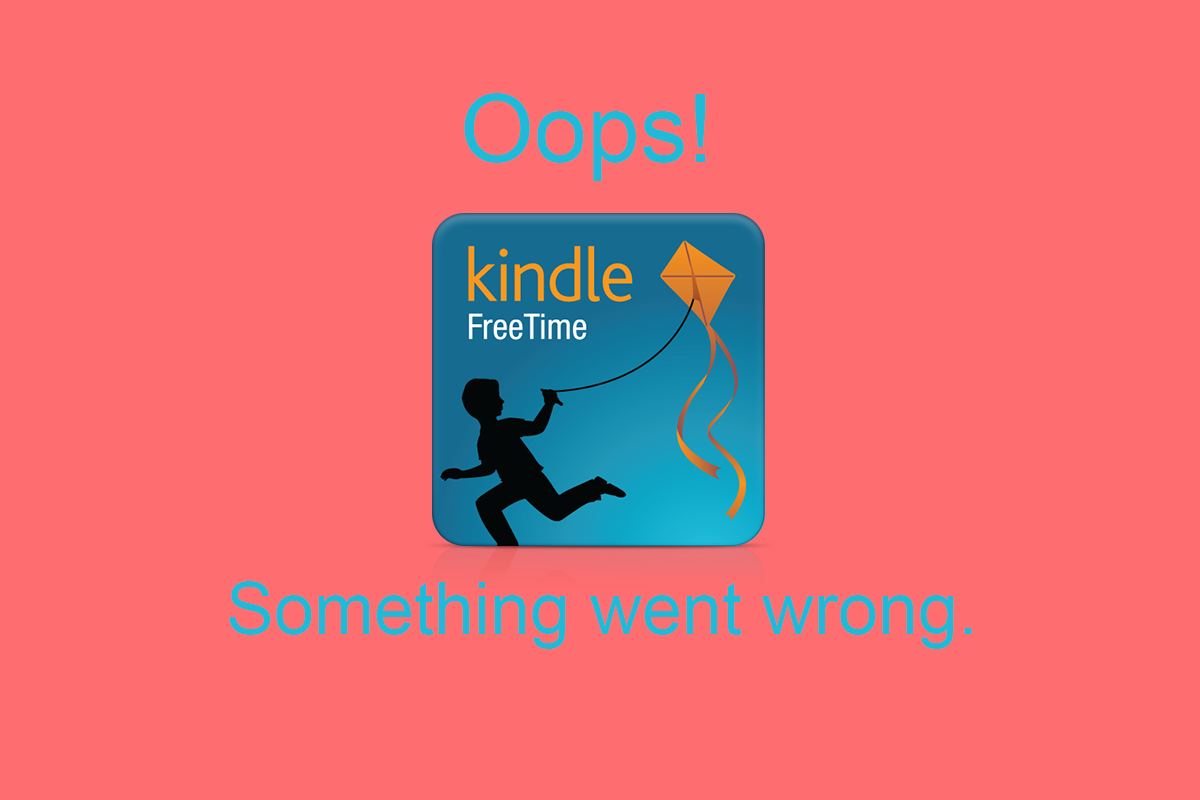 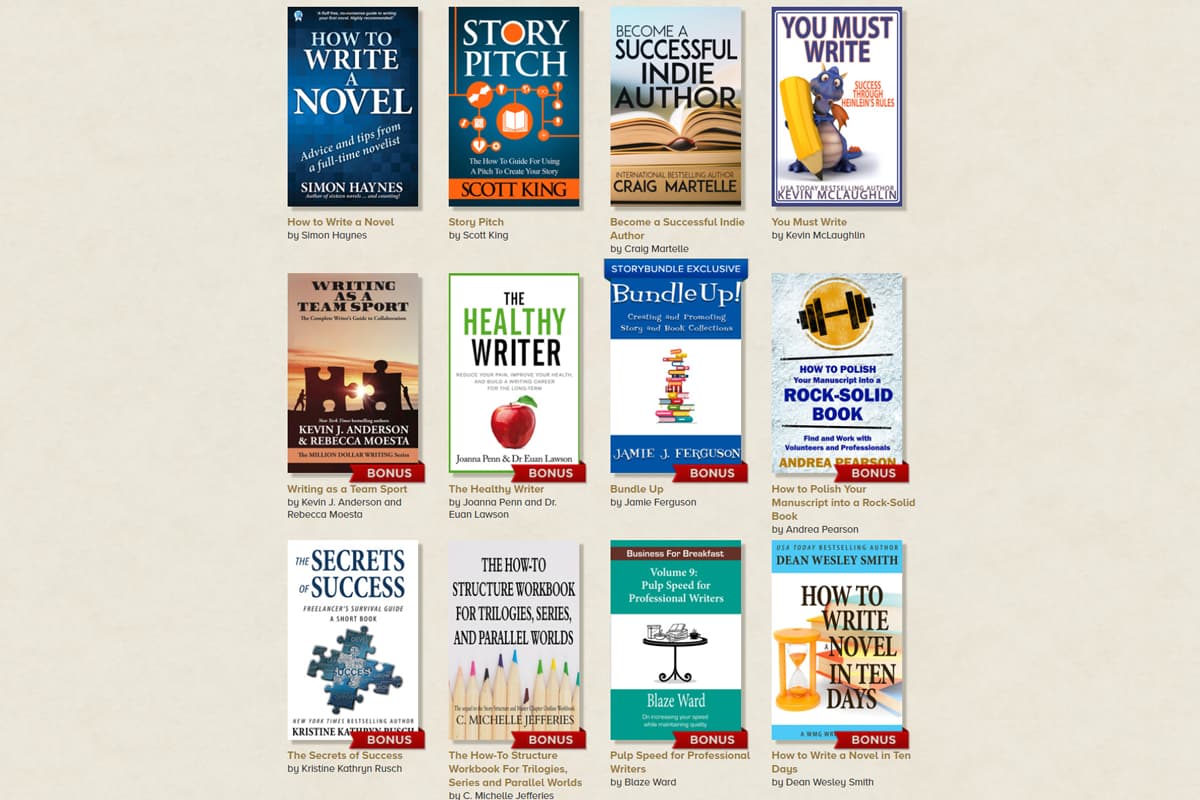 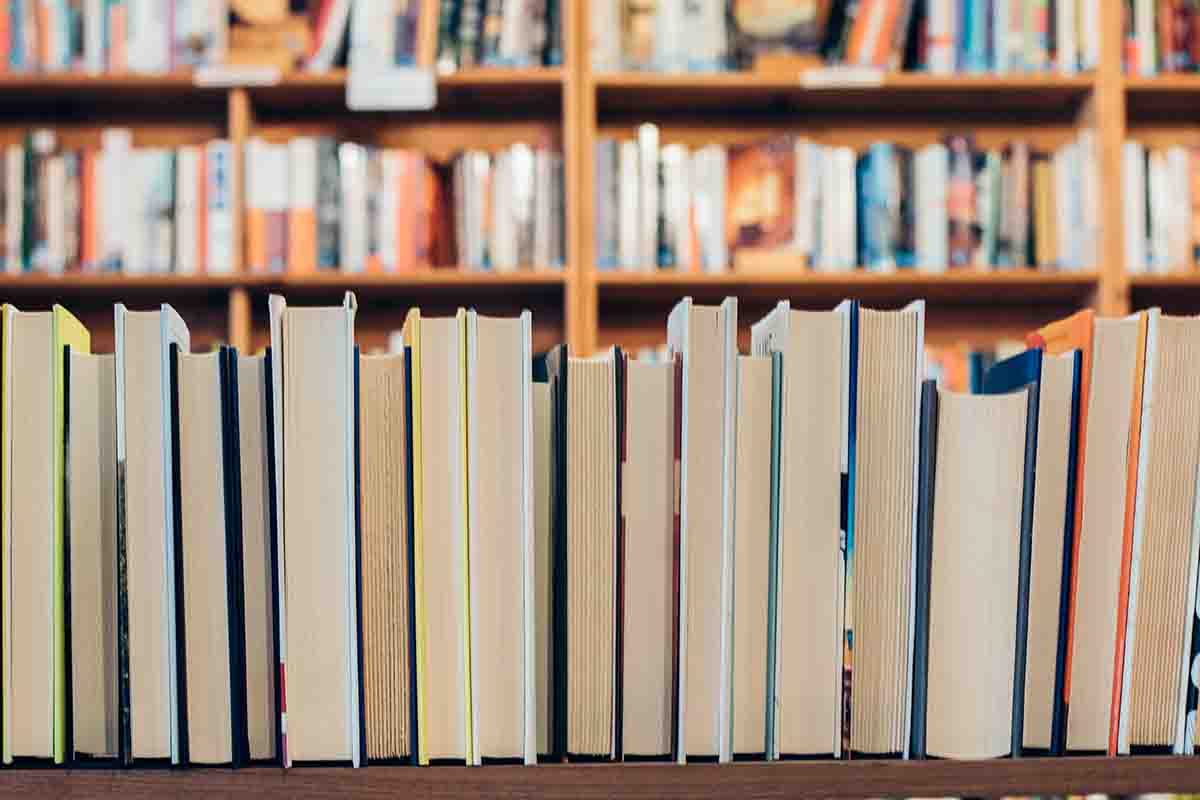